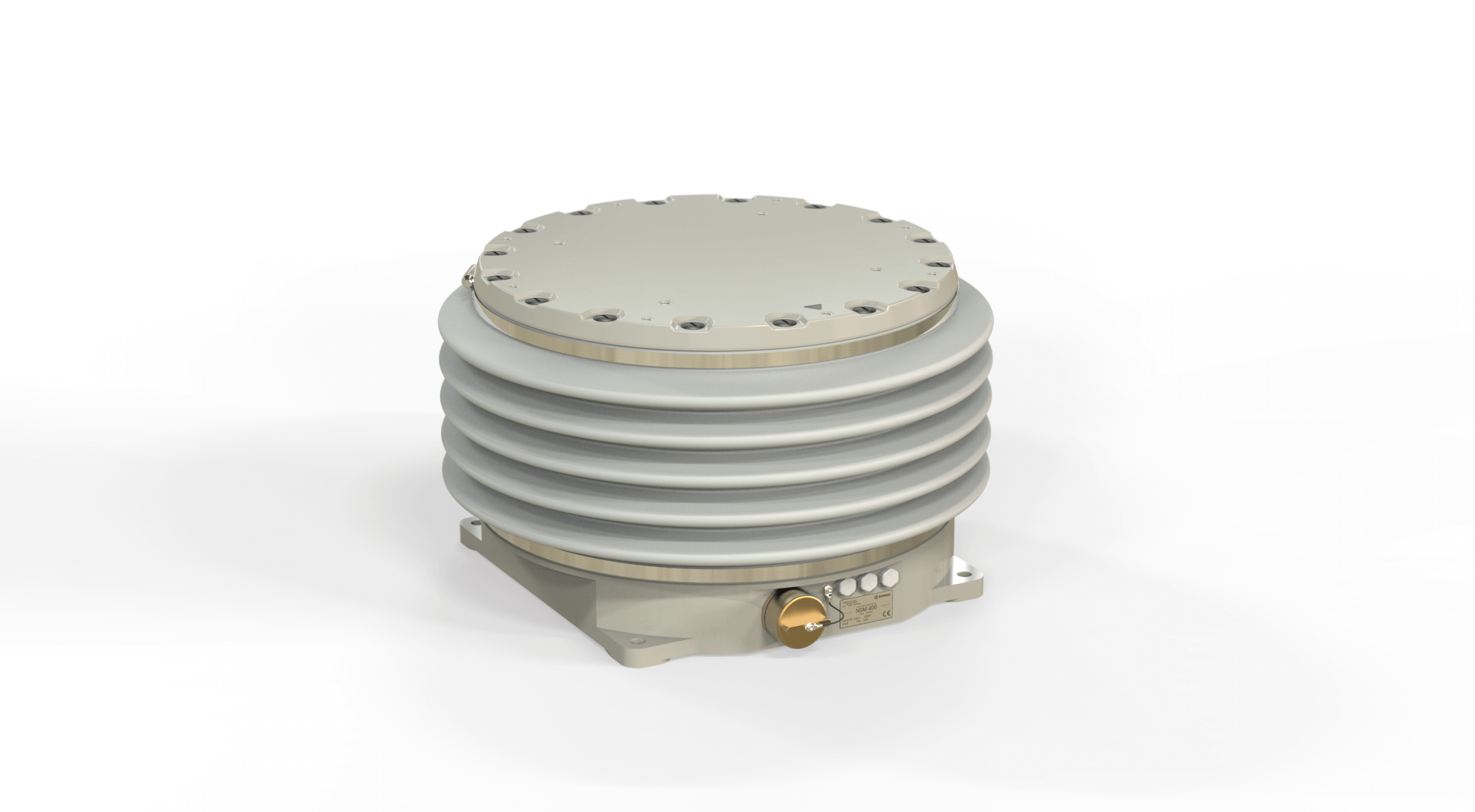 SOMAG AG AG Jena has successfully tested the stabilization performance of its Nautical Stabilization Mount 400 at the Institute of Ship Technology and Transport Systems of the University of Duisburg-Essen.

The NSM 400 was designed to stabilize sensor systems on medium to large maritime vessels even in very rough sea conditions, ensuring a stabilized field of view and high-resolution images by compensating the swell up to sea state 6 and beyond.

Extensive research on ship motion in different sea states show rotary motion given by roll, pitch and yaw and a strong presence of linear accelerations along all 3 axes.

Placing the Stabilization Mount in an elevated position on a mast high above the ship’s pivot represents a typical but also challenging case of application. This pivot offset causes the angular movements to result in tangential accelerations, to which additional sway, heave and surge accelerations add up.

Previous performance tests using the SOMAG test bed could already successfully demonstrate the NSM 400 stabilization performance. However, these tests were limited to roll and pitch motion only. To reproduce tangential acceleration, a hexapod test bed was chosen to simulate real-life ship motions.

A total of 13 different hexapod tests were performed simulating movements up to 20° in roll and pitch and lateral accelerations up to 0.5 g.

The residual angular deviation from perpendicular was measured with a reference sensor system to verify the stabilization performance of the Mount. The NSM 400 has successfully completed all 13 tests, delivering on the promise of an unmatched stabilization accuracy of ≤0.4° rms without external IMU data.

“The NSM 400 performance went above and beyond our own specifications and proved an average residual angular deviation of 0.17° rms,” Sebastian Schreiber, CTO at SOMAG AG Jena, summarizes the results.

“However, we do not simply stop at this point” he continues. “In order to resemble the real-life challenges of seafaring more closely, we used motion data actually recorded from an LNG tanker fighting its way through waves of 9 m (30 ft.) and higher, which corresponds to sea state 7.”

Heavy swell like this pushes man and machine to their limits, but the NSM400 is not impressed at all, perfectly stabilizing the 41 kg (90,38 lbs.) payload. The measured residual angular deviation of no more than 0.12° rms once again proves that the gimbal is more than capable of getting its job done, just relying on its build in sensors. 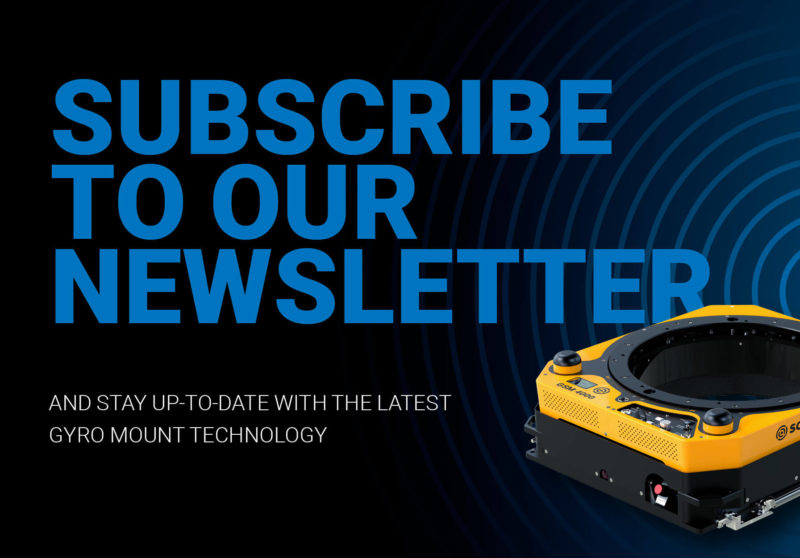